Gymkhana horse competition consists of games for those who love speed racing and horse riding. Although it is usually for children’s participation, there are still skill-based games for all ages.

In some parts of the western United States, it is often called an “O-mok-see” (also known as “omoksee” or “o mok see”) competition. Sometimes, it is called “playdays” which are small events with little or no prize money.

How Gymkhana develops, what Gymkhana events are, and what clubs host the competition will be introduced in this article. 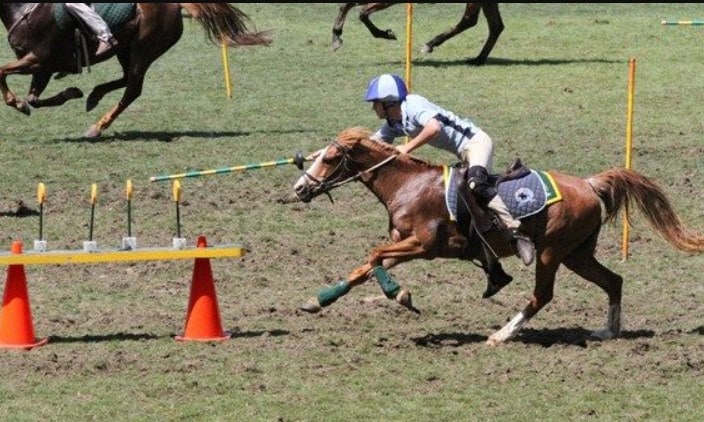 What is Gymkhana Horse?

Gymkhana horse literally refers to “Games on horseback”. The riders are timed individually racing through a set pattern of poles, barrels, or other obstacles. The fastest time is the winner.

Riders will get penalties or be disqualified if touching, knocking over, or dropping things of the set pattern.

It is an event that becoming more and more popular nowadays as it is fun, exciting and can bring families together.

The word “Gymkhana” is derived from the Hindi and the Urdu word which is for “racket” court. Also, it is an Indian term referring to a location in which sports events are held.

After that, the meaning changed. Gymkhana then denoted a place where skill-based games were held, such as gymnastics, sports car racing, and the sport of equestrian. In India, “Gymkhana” widely refers to the gymnasium while in the UK, it is almost about equestrian events.

Well, during the Colonial period, horses are used by the English military not only for transportation but also for military maneuvers. On every Sunday afternoon, there were horseback games for Calvary to compete. This was to sharpen the war horsemanship.

As the years went by, more different games have been added. Some of them germinated in Europe, and the others were from the United Kingdom.

To memorize the origin, an event, “Ring Spearing”, which resembles the knight riding enthusiastically with his lance pointed to the enemy, is still part of Gymkhana in several areas.

Today, many of the former colonies of Europe still embrace the sport. And, some of the largest venues of gymkhana equestrian are in India and Pakistan.

In this race, the winner must finish in the fastest time.

If you run past a barrel and off the pattern, you will get a “no time” score and disqualification. If a barrel is hit and knocked over, there will be a five-second penalty (sometimes more).

The contestants have 60 seconds to complete the race.

The contestant begins from a running start and finishes the race when the horse’s nose crosses the line.

You can begin either to the left or right of the first pole, then run accordingly. Again, knocking over a pole will bring you a five-second penalty. Disqualification is when you fail to follow the course.

You can touch a pole without breaking the rules.

There is only one barrel to finish. The contestant must go around the barrel. The barrel can be touched but should not be fallen over. If it falls, of course, you will get disqualification. 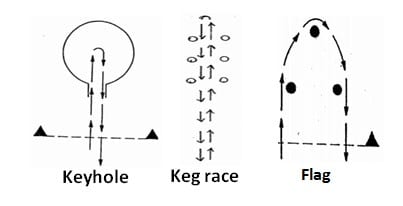 In a keyhole race, the fastest time will win. The contestants have to run as fast as possible. If stepping out the keyhole-shaped line marked on the ground, you will be a disqualification.

To get the best results, the horse should be trained to obey rein and leg aids and can turn quickly.

The contestants have to ride through the poles, turn around, and go back through those poles again. Finishing is when crossing the timeline.

If the rider knocks down any pole, does not follow the pattern, runs off the course, or separates from the horse during the time limit, there will be a disqualification.

Time penalties will be given if you miss containers or knock over the barrels.

If you go inside the barrel, you are disqualified.

It is an international youth group that aims to educate people about horses and horse riding.

In 1929, Pony Club began in Great Britain. Initially, it was to encourage young children to ride. Presently, over 100,000 Pony Clubs are working worldwide. The world’s largest pony club membership is in Australia, which has nearly 55,000 members.

Every national Pony Club organization decides its own structure. They work together for exchanging and competing internationally without any strict international governing body.

Each national Pony Club organization contains local clubs, which are the core unit. Local clubs are different in size, usually because of the difference in small geographic areas. These clubs usually compete in regional competitions.

Members of Pony Club are from 8 to 25 years old. This is a large age range. Hence, older members can assist the younger, and the juniors can be mentored by the seniors.

4H is a youth organization that is moderated by the United States Department of Agriculture (USDA). Via experimental learning, it aims to help children develop leadership, responsibility, and other life skills.

The name 4H comes from its 4 keywords: head, heart, hands, and health.

The national organization dated back to 1914, which was to provide opportunities for girls and boys. It was to benefit rural youth approaching practical learning.

In 1924, the cloverleaf became the club’s symbol. 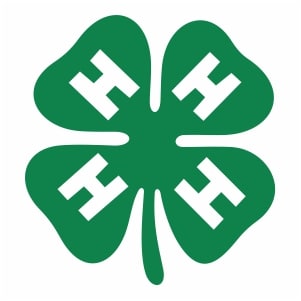 Today, 4H is a very popular program that provides members knowledge on science, citizenship, and healthy living style. It is connected with many camps, county fairs, and state fairs.

So, you can consider it if searching for an educational program for your kids.

Unlike the Pony Club and 4H, The Mounted Games Association (IMGA) is open to all ages. They hold a world championship every year. So, if any of you would like to participate in speed games, you can consider joining IMGA at whatever your age is.

Games in IMGA require a high degree of athletic ability, determination, very good riding skills, and coordination of hands and eyes. In IMGA, contestants should not only have a competitive spirit but also be able to work together and be willing to help another one.

The Mounted Games Association was inspired by Prince Philip. In 1957, the first Mounted Games Championship was staged for the Prince Philip Cup. At this time, mounted games are a competition for children who could not afford an expensive, and well-bred pony.

Not until 1984, the games were extended for wider participation: no longer restricted riders’ age. Norman Patrick did that amazing job. He established the Mounted Games Association of Great Britain, kept supporting and patronage to spread it across Great Britain and beyond.

In 2003, the International Mounted Games Association was formed, which now has members in 22 countries on 5 continents.

Well, if you have a child who has a need for speed, think about the above clubs. I bet that gymkhana horse competitions are extremely fun. Your child will get learning about horses and how to care for his horse. This is a good way to connect with your family as well! 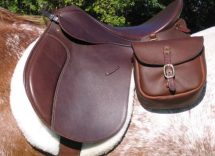 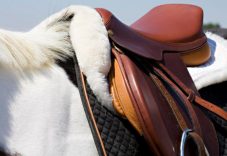 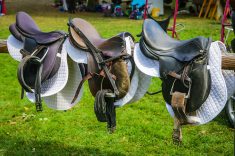 RidingTop 5 Best Ever Saddle Pads Of 2023, How To Choose? 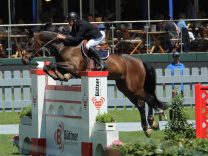 Riding9 Different Type of Horse Competitions You Should Know!

RidingWhat Is a Baucher Bit? What Does it Use for? 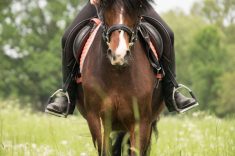 RidingThe Best of Double T Saddles Reviews of 2023 – Are They Excellent?