“What is a Baby Horse called” is a question that makes many people, even horse riders feel unsure to answer. Well, they are FOALs, until the horses are more than 1 year old they can be considered as such.

However, this terminology ‘foal’ is for horses of either sex. If you were to refer to a young male horse, then colt is the most accurate way. How to call a female horse then? A filly for when she is younger than 1 year old.

If you are part of the horse breeding world, you will catch up to those names in no time. They will become part of your daily vocabulary in less than no time. What is a Baby Horse called in English?

There are many different ways of calling baby horses. The most common and widely used, especially because both male and female horses are named like this is FOAL for equines up to 1 year of age.

When the young horse is nursing from the mother, it can be called ‘suckling’, after it has been weaned, ‘weanling’ is the term experts breeders use.

After a horse is one year old, it stops being a foal and then becomes a yearling.

However, depending on the horse’s sex and age, even if still a baby, they can be called different things.

What is a Baby Male horse called? For a young horse of the male sex, “colt” is the word to choose. Different to foal a colt can be called up to the horse’s fourth birthday.

When horses live in the wild, colts are taken away from the herd when they are 1 or 2 years old, to prevent ‘in breed’. Then, they join other colts and form a ‘rag’ or rake”, as in referring to the herd of colts.

A full-grown male horse is called a stallion; this is the most familiar name related to horses as it’s linked to masculinity and used in different idioms of English. That is why only if not castrated an adult horse can be called a stallion.

The stallions in comparison to female horses have due to testosterone thicker necks with a bit more muscular physique. They are prone to aggressive behaviour, especially towards others of their kind and sex.

Breeders must be very knowledgeable to handle stallions properly.

Once a horse has been castrated it’s called a gelding. A gelded horse is better behaved than any stallion due to the elimination of hormonally-driven patterns in its behaviour.

This act allows the animals to be more calm, kind, gentle and because of it is better to use in daily working activities.

A horse that suffers from cryptorchid, it’s called a ridgling, ridgeling or rig. This is the case of an undescended testicle. When it happens the body temperature is too high, so the sperm cannot survive, rendering such inner testicles useless.

At times horses believed to be castrated suffer from cryptorchidism, the behavioural pattern will tell you when it’s the case, as they will be seen as aggressive and excited often. This is actually a stallion with both testicles undescended.

Another case is when one testicle was removed, yet the undescended one is left. This is called partial castration.

Of course, sometimes gelded horses can display some unusual behaviour for their kind, as aggressiveness, however, it can be corrected with proper training and discipline.

What is a Baby Female horse called? A young female horse is called a filly. Usually, like the colt, they can be called so if they are under 4 years old.

They are sexually mature, most commonly by the age of 2. However, even if the fillies are bred at that time, it is recommended to wait until they have stopped growing.

A female adult horse, usually over the age of 4 it’s called a mare. That is the case too with other equines in the animal world, such as zebras and mules.

A mare that is used to breed it’s called a broodmare.

After a baby horse has been foaled, the mare becomes a dam, as the way to call the mom of horses.

The adult female horse that has been neutered is called a spayed mare. There is no specific term, aside from this way of addressing it.

The gestation period of the average foal is of about 11 months. Usually, the mare gives birth rather quickly and most often at night. If foaling takes too long, it is commonly a sign of complication at birth.

Young horses are fast to catch up and are able to stand up, walk and run within a few hours of their birthing. They also, eat right away, and breeders must pay attention as if they don’t medical care must be sought.

The foal will feed off the mare’s milk for about 8 weeks, after which he will be needed an extra supply of nutrition. A careful diet must be prepared as they cannot be over or underfed since it could lead to lots of growth disorders.

Foals tend to grow rather quickly, and they can gain up to more than a kilo per day. Even when only feeding the mare’s milk. That’s why the mare requires a specific diet and extra care during this time.

And baby horses are called?

We can conclude, that how a baby horse is called, can be a complicated topic. Even if the most common word would be ‘foal’, in the breeders’ world many others are used depending on different stages of growth, sex, and others.

Be careful not to confuse a baby horse with a pony, even if they look similar, they are not the same type of horse, most of the time a pony is not also a horse.

Foals are incredible creatures in the animal world, as their fast growth and adaptability, make them incredibly unique, even amongst equines. 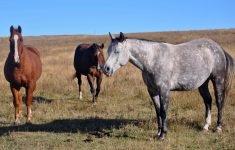 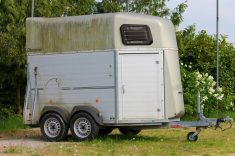 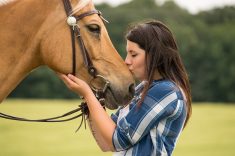 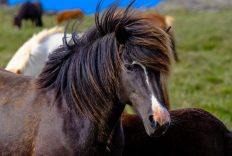 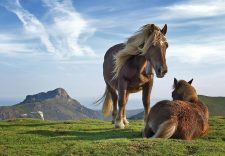