Flies are most certainly one of the biggest pet peeves for your horse, that’s when horse fly sprayers come to help. But there are so many options.

Well, I can narrow that down for you. Here’s a product I found remarkably effective.

The Pyranha Wipe N Spray caught me by surprise. Based on its performance, I think it’s a gem for your horse under tough pasture conditions.

If you want to know why then keep reading! I’ve included all the needed details in the Pyranha fly spray review to make your final decision easier. 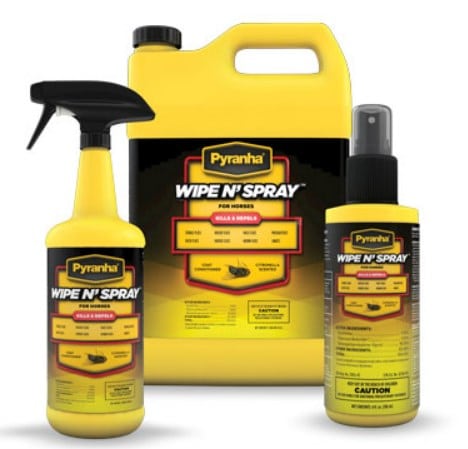 Pyranha, Inc. has been in business for 48 years as one of the top manufacturers of fly control products and has its own marketing system for a variety of product lines. The company specialized in producing barn misting systems, insect control, and, last but not least, fly spray.

Pyranha was the first firm to implement the automatic feature into its insect control system. Along with that, its special formula has been known to be effective and trustworthy to use for not only animals but also the inside and outside of the barns.

Another thing I like about the Pyranha product is innovation. Even being more than 40 years old, the company still thrives on its technology and product quality.

I was super excited when I received the Pyranha spray because I have heard so many thrills about its performance, so I couldn’t wait to try it out myself. Here are my Pyranha fly spray reviews to give you guys a more in-depth look at the product.

One of the key reasons I’m doing these tests is to see the differences in the spray’s performance in each activity and condition. And because I couldn’t check on my horse 24/7, spraying without wiping would cut down the time and make it easier as well as more accurate for me to evaluate the exact performance of the product.

I also included a test that I applied the spray precisely as instructed so you can base on that to estimate how well it performs when used correctly in each activity.

While The Horse is Relaxing

When my horse had an off-day, which is where he stays in the stable, I decided to try this product out to see how well it performs in an easy environment with no sweat or any intense movements.

I applied it on my horse as instructed in the early morning, there was a really nice, glossy gleam when I brushed the spray on him. 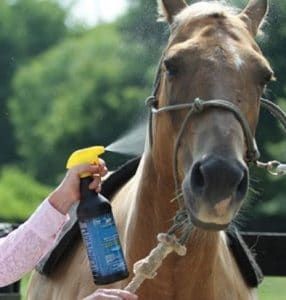 I let him do his thing in the stable and went back to check every one hour. To my surprise, the flies died almost immediately after the application. I was also amazed that it still stays on well after 10 hours.

I went to sleep and checked on my horse about the same time as when I applied the Pyranha on him the day before. The result is quite impressive, a few flies were bugging him, but he wasn’t very irritated.

On another day, I sprayed Pyranha on my horse and didn’t wipe it after, as the manual suggested. As I expected, it started to go off after nearly 3 hours, so make sure to wipe it if you want it to work efficiently.

The test under the easy environment is done, and I was more than happy with the result. Now we’ll move on to another test: walking.

While The Horse is Walking

Before letting my horse out of the pasture, I sprayed some Pyranha on him.

The humidity on that day was high, so there were a lot of bugs buzzing around. Even so, the spray still managed to kill them all right away. Then I took my horse out to see if it can prevent him from being a feast to the insects.

However, a few bugs started to fly around roughly 2 hours after the walk, it made sense since I didn’t wipe it like I am told to.

All in all, the Pyranha Wipe N Spray had passed the walking test, so I decided to take things on another level: trotting.

While The Horse is Trotting

Just like the other days, I sprayed the horse with Pyranha before going for the activity, which, for today, is trotting.

It was a one-hour trot with mini breaks in between, and my horse was sweating. I took him for a 15 minutes walk before letting him back into the stable and do some checks once every while. I’d only discovered two or three flies started to bother him after an hour and 20 minutes.

Astonishingly, the sweat didn’t affect the spray’s performance. Even when the manufacturer didn’t claim it’s sweat-proof, it still gets approval from me.

In short, I am significantly impressed by the Pyranha Wipe N Spray for being a premium quality product at such a reasonable price.

It killed the flies immediately and lasted on my horse for almost 24 hours when sprayed and wiped on properly. The performance is exceptional and is consistently excellent no matter how extreme you go with horseback riding.

All factors considered, I would highly recommend the Pyranha Wipe N Spray. Especially when you buy it by gallon, it’s greatly cheaper than most products in its range.

That’s all of my Pyranha fly spray reviews. Feel free to leave any stories or opinions in the comment box, and I’ll be more than happy to check them out. Until next time, guys! 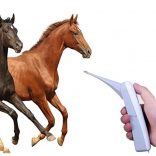 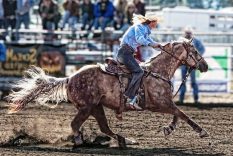 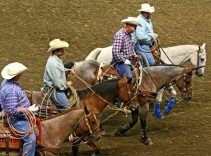 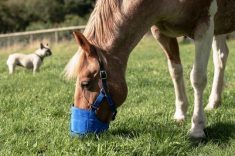 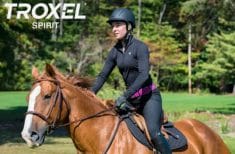 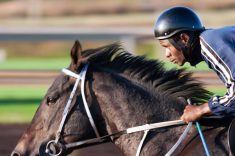 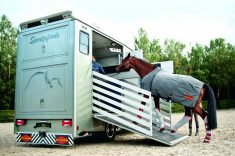 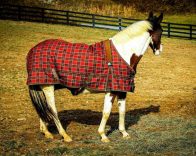