Live twins are common among some livestock, like sheep and goats, but less so with cattle. But how about horses? Can horses have twins?

Horses can have twins, indeed. It is relatively rare for horses to have twins due to limited space for the placenta and the higher risk of birth-canal complications. The proportion of live foals is even lower. 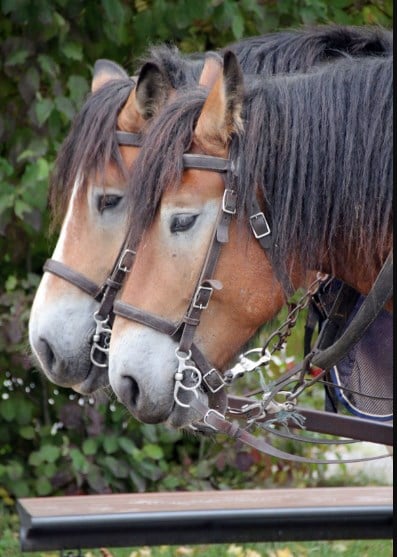 How Often Do Horses Have Twins?

Only one in 100 twin pregnancies go to full term. The reason is that the mare’s uterus is not designed to carry two babies at once. If the horse delivers one or two live foals, they are prone to have problems.

Twins are usually prematurely born and below average in size since their combined weight is equal to the weight of a single foal. Even if both twins are alive at birth, one will be much weaker and smaller.

Usually, the smaller twin will not survive even when having the best care and co-operative from the mare. They rarely catch up to average size and weight relative to the expectation. Veterinarians will typically recommend removing one of the twin embryos to maximize the survival and well-being of both the mare and the remaining foal.

It is rare for horses to have twin – Source: Dailymail.co.uk

If the mare is monitored carefully, there are 86% of the time, she will conceive. Before 16 days, there is a high success rate in reducing twins to a single pregnancy in scanned mares.

Even if twin fetuses are left until day 35, it may be possible for a vet to abort one embryo, depending on its positioning in the uterus and proximity to its twin. After 45 days, surgical removal of one fetus may be an option. However, you then risk the possibility of a mid to late-term abortion of both foals.

You should read: How long are Horses pregnant?

There are two kinds of ‘twin’ pregnancies – unilateral and bilateral. Unilateral means both fertilized eggs are released on one side of the uterus. Bilateral means that there is one embryo on each side.

Although unilateral twins have a much lower chance of survival, this type of twin pregnancy is more common than bilateral. They are both on the same side of the uterus, and by around day 40 of gestation, one embryo can abort and is reabsorbed without any intervention.

In bilateral pregnancies, it is more than likely that both embryos will have survived by day 40. However, because both fetuses compete for space and nutrients from the mare throughout pregnancy, there is usually one foal significantly weaker and smaller.

For Horses’ Owner: How To Detect The Mare Have A Twin?

It is a good idea to get your horse’s ultrasound early on, particularly if you have a mare who has a history of double ovulation. Ultrasound technology can detect a pregnancy as soon as ten days, which is an excellent advantage in monitoring pregnancies for many reasons – including monitoring twin embryos. 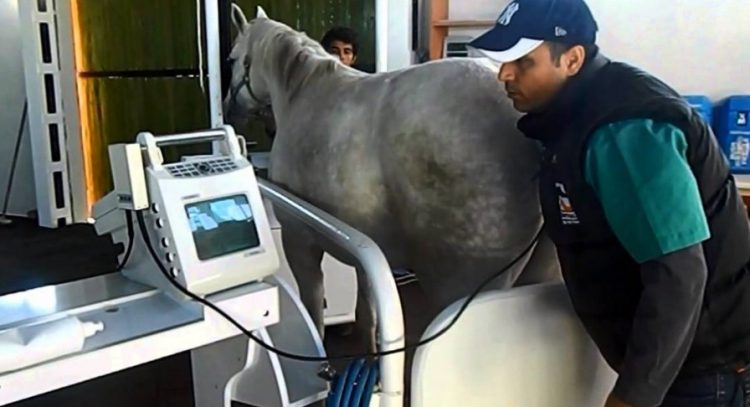 Unfortunately, it is a much better idea to ‘pinch’ an embryo if twins are detected early on. Ideally, this should be done before 16 days of pregnancy to avoid any complications. Your vet will be able to explain the procedure and discuss any risks with you at that time.

Mostly, you are getting the vet to abort one of the embryos at this early stage to the other fetus to have a chance at life.

And now you can answer the question: “Can horses have twins?”. Yes, they can have twins. However, the proportion to keep two babies until foaling is quite slim as the mare’s uterus is not designed for carrying two babies.

Only one in 100 twin pregnancies go to full term. Horses’ twins include two types: unilateral and bilateral.

For mares‘ owners, you should keep a close eye on your horse when she’s pregnancy. Please remember to get her ultrasound in the early stage of pregnancy to detect twins sooner. 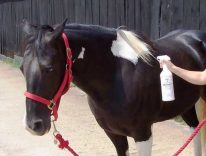 HealthWhat Is Thrush In Horses You Should Know? 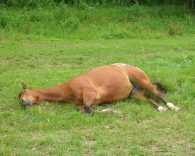 HealthHorse Lying Down On Side, Is There Anything Wrong? 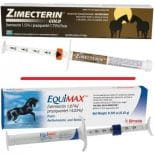 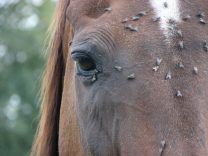 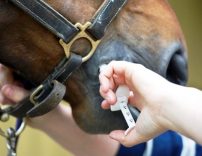 HealthHow Much Does A Horse Weigh? Are You Surprised?

HealthHow Many Stomachs Does A Horse Have? 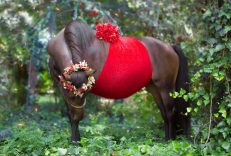 HealthHow Long Is A Horse Pregnant?